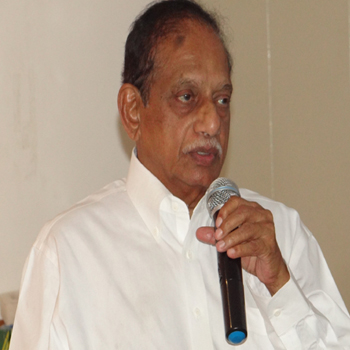 SRK Institute of Technology was established in 2007 under the eminent guidance of the Sri. B. S. Appa Rao. He desired to build a knowledge society for the benefit of students hailing from rural and semi urban regions of Andhra Pradesh. His association with professional courses such as Engineering, Medical and Pharmacy in Andhra Pradesh spans over three decades. He dreams of alleviating the status of educational institutions making them Centers of Excellence on par with IITs and deemed universities. He envisages establishing Research and Development wing for inculcating scientific temper, humanism and the spirit of equity and reform among the student community.

Education is still a major force in bringing societal changes in the rapidly changing social order of 20th century. Earlier, education was allocated a largely conservative duty in familiarizing new generations in maintaining and preserving social order. However, with the advent of technology which is changing mercurially fast, education plays an important role in bringing a change in the outlook and thought patterns of individuals. This requires experimentation in education system and also the demographic changes with rapidly increasing population in the society require more and more education providers. In such a scenario, we know that the government cannot provide higher education to all the people in the country. The annual allocation in the budget is a mere 6% of the budget. The limited means does not allow for opening of new schools, colleges and universities. In Andhra Pradesh, the state of new universities is an example for the shortage of funds. The government has compensated this situation by allowing nonprofit private organizations to run the educational institutions. In such a case, the private institutes which are not a facade to money laundering activities and which are run genuinely face the vagaries of government policies. The variation in the fee structure in technical colleges adds to the woes of the management. But the situation can be improved by allowing private managements in the market that would allow the colleges to be free of the financial burden in running them as centers of excellence. SRK Foundation aspires to be different in other respects also. Often, the engineering colleges are a source of providing workforce to run the companies of other countries. But, SRK Foundation hopes to change that in coming years, encouraging students to emerge as entrepreneurs, innovators, scientists, thinkers. The institutions are geared to contribute in building up knowledge based society breaking away from the image of low quality service providers as a nation as envisaged by one of the great modern sons of India, Dr. Abdul Kalam.

Further You Need Any Information Please Be Contact Us