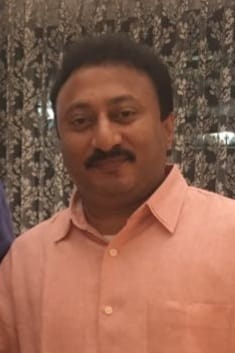 The college is led under the young and dynamic leadership of the Secretary , Sri. B. Sri Krishna. After graduating from Acharya Nagarjuna University in 1993, he pursued MS in Engineering and Management from Milwaukee University, Wisconsin, USA between 1994-97. Often called “The Engineer’s MBA,” MSEM is a master’s degree in engineering management combined with technical background with a core business curriculum. He believes in serving the students by providing quality education.

Education is still a major force in bringing societal changes in the rapidly changing social order of twenty first century. Earlier, education was allocated a largely conservative duty in familiarizing new generations in maintaining and preserving social order. However, with the advent of technology which is changing mercurially fast, education plays an important role in bringing a change in the outlook and thought patterns of individuals. This requires experimentation in education system and also the demographic changes with rapidly increasing population in the society require more and more education providers.

Often, the engineering colleges are a source of providing workforce to run the companies of other countries. But, SRK Foundation hopes to change that in coming years, encouraging students to emerge as entrepreneurs, innovators, scientists, thinkers. In the long run the institution is geared to contribute in building up knowledge based society breaking away from the mould of low quality service providers as a nation as envisaged by one of the great modern sons of India, Dr. Abdul Kalam.

Further You Need Any Information Please Be Contact Us